Not My Mother's Yakuza...

Not My Mother's Yakuza...


RE: Jake Adelstein's book, Tokyo Vice: An American Reporter on the Police Beat in Japan


Japanese mobsters, the Yakuza, no longer just specialize in gambling and prostitution like the old days, although, human trafficking is still a thriving Yakuza business, and they especially target unsuspecting Eastern European women (honestly, you might want to rethink that ski trip to Japan with your hot Russian girlfriend). No...today's Yakuza are a legally-recognized entity by the Japanese government (they do pay all their taxes, after all). They carry business cards and have corporate headquarter buildings, with luxury pools and gymnasiums, listed in public phone book. They trade stocks and participate in corporate mergers and acquisitions. They own "front companies" that invest in construction and real estate, which is really convenient since Yakuza like to bury bodies in the foundations of buildings (on average 10,000 people "disappear" annually in Japan, including unsuspecting Eastern European women).

Some things, however, never change. They are ever the stalwart keepers of traditional Japanese values, and the general populace has always appreciated their services as a less-complicated, quicker alternative to an expensive lawyer. Problem with your neighbor? Just open the Yellow Pages and call the Yakuza. Done. And, like old times, they still cut off body parts as punishment, known as "ubezume," meaning "atonement." This is a carryover from the samurai days: you only lose a fingertip or so for a minor screw up, but you lose a thumb if you have an affair with your boss's wife, and a whole arm if you molest a kid. And just as in the old days, total-body tatts are still all the rage with the Yakuza: 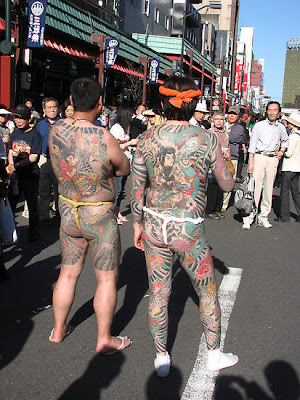 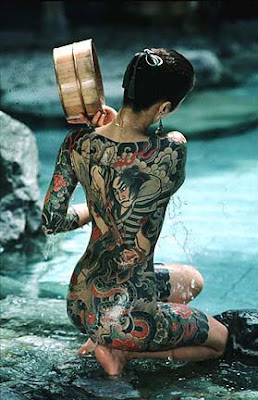 
My personal favorite is the "punch perm." Oh, they're out of style now, but from the '60s to the '90s the stylish Yakuza man sported one ...that, a tight-fitting white sweat suit, gaudy gold chains, and a missing finger or two. Mmm mmm. Punch perms are basically afros, since black people were glamorized as the embodiment of crime and violence in the Japanese psyche, especially in the 60s during America's civil rights movement era. "Black Power," and all that. Thus, the punch perm was born: 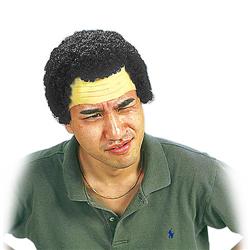 Photo of a real, punch-perm wearing
Yakuza. No funny caption here; I value
my fingertips.

All of the above information is covered in a new book written by this crazy gaijin (foreigner), Jake Adelstein, who worked for many years in Japan. He was a reporter for the largest daily newspaper in Japan, and one day he got this great idea to write a tell-all book about the lives of the Yakuza: Tokyo Vice: An American Reporter on the Police Beat in Japan. Fascinating book, I'm sure. But if the Yakuza don't like it, he could easily get framed and end up in jail, or worse yet, memorialized in perpetuity beneath a Japanese skyscraper.

Didn't anyone tell him there's no plea bargaining or witness protection program in Japan? 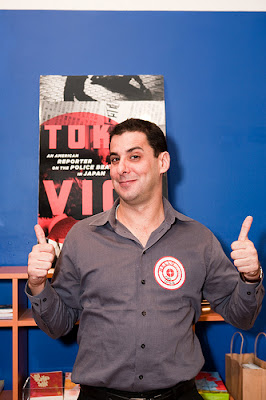 Yeah Jake, you just enjoy those thumbs
now while you still got 'em, buddy.

It's great that they cut of an arm of child molesters.
Top

Personally, I would remove something other than an arm from male child molesters.


They probably do that too, just not discussed in mainstream articles like this, lol.

Return to “For Everyone”