For discussion and questions about Gods and Goddesses.
Post Reply
6 posts • Page 1 of 1

During my time here on EUTM, some of the most frequently asked questions revolve around the concept of a patron deity. How do I connect with my patron God or Goddess? Who is my patron? Why haven’t I found my patron?

And so on and so forth.

It bears repeating, time and again, that not everyone will have a patron deity and that is ok.

As a Pagan, I firmly believe that it is NOT the deity you follow or the pantheon you worship that defines your spirituality. If you go through life without that connection, it doesn’t make you less successful or sincere in your practice. You are the defining factor of your spiritual path. It is your beliefs, your experiences, and your decisions that shape your path.

As has been pointed out before, the worship of a single deity is a relatively rare concept, particularly among the Pagan community, or at least, it used to be. It seems to have been gaining traction in recent years. I don’t have a problem with that. As the saying goes, “Whatever floats your boat.” I suppose what I wonder about is why some Pagans, especially those new to the path, almost immediately begin a quest to find THE deity; their deity, the one they feel the most connected to, the one that speaks to them.

I suspect that there are some people out there that just feel a need to be a special snowflake. They want to feel unique and empowered, and really, who can blame them? In a world where globalization and social media has rendered individuality into a blended, tangled sea of indistinguishable voices, it’s easy to feel like we’ve lost our identity. I think that it is perhaps this sense of loss is one of the key reasons why we seek the gods out. We need to know that we are still specific, separate entities from everyone else. We need that sense of self and the concept of having patron deities, the idea of having a direct line of communication to something divine, speaks to that need.

That being said, here is a very simple list of the most common questions concerning patron deities. You are all more than welcome to add to this list.

What is a patron?

At its most basic level, patrons are gods that we have developed a deeply personal and spiritual relationship with. It is these gods that we tend to invoke in our circles, that we first turn to in times of crisis, and that we thank when we experience times of prosperity and good fortune. These are the gods we place with honor on our altars and ask their blessings.

These are the gods we believe speak to us.

I believe that there are two distinct categories of ‘patrons’.

The first is what I’ll refer to as the Beseeched Patrons, who are gods that are chosen by pagans for their own reasons, but more often than not, because of a person feels drawn to either that specific god/dess or their pantheon. These are the deities that we deliberately seek out for a variety of reasons, but mainly to ask for their favor and their presence in our lives. Through prayer and offerings, we hope to pay them homage and establish a relationship with them. Typically, the Beseeched Patron is a god or goddess that a person asks to become their patron deity.

The second category of patrons consists of gods who reach out to individuals specifically, calling to them, either to serve, to work with, to teach, or to learn from. These are what I call Godphone Patrons. These are gods who open a line of communication with people, who initiate contact in order to establish a relationship instead of the other way around. While it isn’t uncommon to receive signs or even interact closely with our gods, it is far more so for one specific deity to take special interest in you and your day-to-day. Hence, having a god reach out to you and offer to be your patron is exceedingly rare.

How do I choose and honor a patron? In order to know that, you have to know yourself. What appeals to you? What speaks to you on a spiritual level? Are you interested in a particular pantheon or cultural mythology? Does your ethnic background play a role in your spirituality? Knowing the answers to these questions are invaluable to helping you figure out which god or gods you’d like to dedicate yourself to, if you so choose.

I can’t emphasize doing your research enough. Looking through older threads in this section can be of great help to you. We’ve had devotees of many, many gods come through the forum and they’ve left quite a bit of knowledge here. Also, read up on their stories, their myths; many relate their preferences. Another, more direct method of approach is to simply ask the gods themselves what they’d prefer.

How do I connect with a patron?

I’ve found the straight forward approach to be the most fruitful. Prayer and offerings are very typical methods of opening a communication with deities of any pantheon. Another is mediation, inviting the gods to share a dialogue with you during your time of self reflection. Research what the deity you’ve chosen finds appealing. Do they have a sacred animal? Do they have herbs or scents that they prefer? Do they like alcohol? Do they like prose or poetry? What kind of personality do they have in their respective mythology?

Having a relationship with a god is an investment of time, energy, and devotion. If you have your heart set on having a patron, you must remember that it is a RELATIONSHIP. Like any relationship, you get out of it what you put in. And like people, gods can be just as cruel as they can be benevolent. Many of them are not appreciative of half-assed attempts at pleasing them or when they’re ignored. Be sure that you’re willing to commit to the demands that having a patron will have on your life, for however long your god(s) intend for it to last.

Also, keep in mind that sometimes, your patron may change. It may not be a lifelong commitment. Relationships run their course, lessons have been learned to the best of the abilities of both teacher and student. While you can still honor them as you wish, they may no longer respond like they once did. And that's ok. It's not a reflection of you, but of the fact that chapter of your life has closed.

Why can’t I connect with a patron? As has been previously stated, gods are similar enough to people that they have their likes and dislikes. It can be a little like dating, in that when you ask a person to go out with you, they may decide that they simply don’t want to have that relationship with you. That’s their prerogative. It may be that they don’t have anything to share with you at this point in time. It may be that they know you have a better fit with someone else. If your efforts are repeatedly met with a resounding silence, or even some hostility (I’ve heard of that happening too), then it’s best to leave well enough alone. Thank them for their time and patience, move on, and turn your attention towards reflection. There’s a reason. Take the time to do some soul searching and more research.

And keep in mind that it’s their choice as much as yours. Just because you’ve decided for yourself that this is the god for you, they may not feel the same.

How do I know if my patron is contacting me? 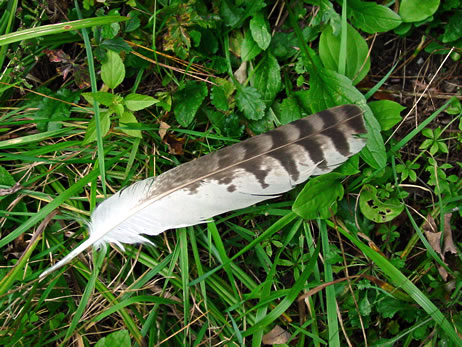 In my experience, you’ll know. Deities are difficult to ignore if they’re intent on something. Just look into any collection of myths and you’ll find that to be the case. The most important thing is to pay attention. Listen to what your instincts and your intuition have to say. It can be constant sightings of a particular animal, an item that keeps cropping up, words or phrases oddly turning up repeatedly in conversations or books, the same card appearing in readings, a whisper in the back of your mind.

That being said, it's unnecessary to look at every little incident and think, "Is this a sign?" Faith is important, but take what your experiences with a grain of salt. Question things and keep an open mind. :flying witch:

This is a FANTASTIC article, Heartsong! This definitely deserves a "sticky".

I especially resonate with the first part, about not fretting about finding YOUR patron deity. I spent a long time wondering if there was something wrong with me because I wasn't being called when everyone else seemed to be. I have come to realize that I do consider myself a polytheist and I "work" with many goddesses, but I don't have a patron deity, nor do I need one right now. My calling is less about serving a deity and more about serving fellow people.

Thank you, Xiao, I was happy to put it together. I hope members find it helpful.

Sometimes a connection with a deity is just a background presence in one's life. Bast is my matron deity. I do a lot of cat rescue. Lori is my patron, and I finally understand that the chaos is his way of teaching. I acknowledge that, and right now that works. Others visit as appropriate.

The feather is interesting. I found a black one a couple weeks ago under an Oak Tree-Wodan(?). Could this be a sign from Freyja and her Falcon Feather Cloak as well as Odin as I found it under the tree. Or could this be a sign of Diana or Minerva to goddessess that you could say picked me in my earlier youth to work through.
Top

As a new practitioner, I found this extremely helpful.
Top
Post Reply
6 posts • Page 1 of 1