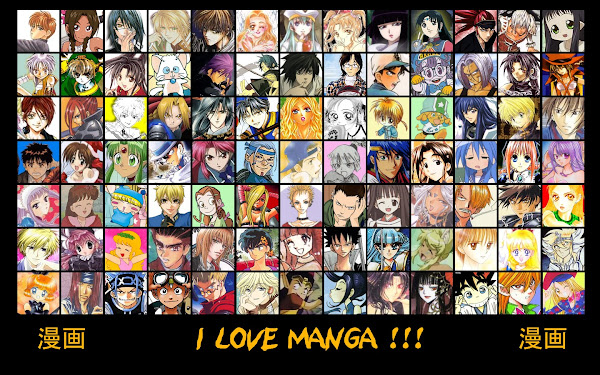 For the Japan-o-philes out there: I have opened this thread where you could post your favorite Japanese things of a more modern nature (post-World War II), including but not limited to:

the boy across the street used to schmooze me with drawings of this lion, he could draw Kimba just like the cartoon. It was really the only anime I ever liked. We grew up in the era of Kimba, Giangantor, Speed Racer ...didn't really care for the latter two, but your choice of kiddie cartoons in the afternoon were limited in those days, hell I don't even remember when they ran mighta been Sundays and now I think Speed Racer came along a little later. Was always wondering why all the characters had "round" eye ...then my Mom told me they were Japanese and exaggerated the eyes cause that how they viewed us.

Love Kimba to this day!
FF

Well I certainly do love anime! But, I've always had a preference for the "older" anime look. I've only ever watched the old version of Neon Genesis Evangelion even though the revamped version is out!

I also think my first manga was Fruits Basket. Although, I'm pretty sure everyone's first anime was Pokemon most likely. 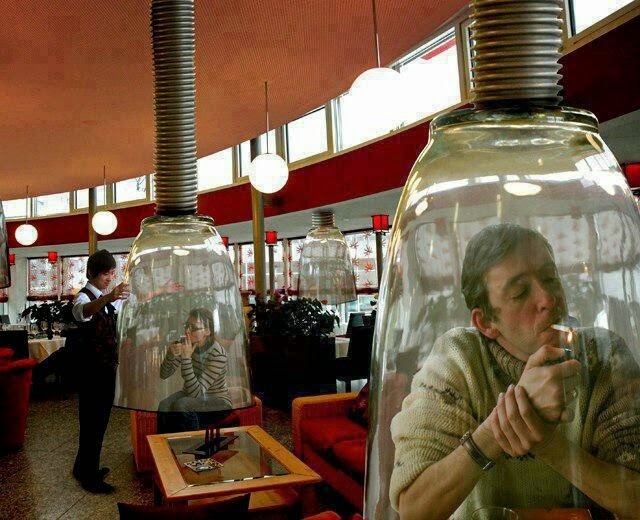 I saw this sometime ago and think it's really interesting. I almost felt nervous. Anton Kusters, the photographer, was with the yakuza for 2 years. He held an exhibition in Hongkong. Inside the Yakuza: The Thrill and Fear of Photographing the World’s Largest Criminal Gang. http://www.localiiz.com/article-page/in ... y1HmYX4pFg
Top


Wow, shatteredsouls, thanks for sharing info about that photo exhibition. What a brave soul Anton Kusters was for doing that. Reminds me of this guy, who embedded himself with Yakuza in order to write a book. 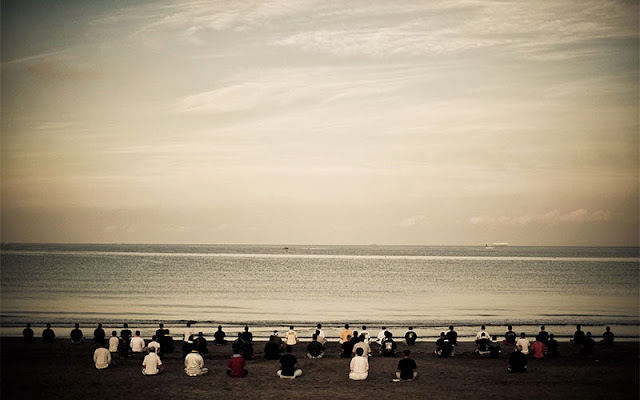 Kusters' pic of the meditation on the beach at the "Yakuza bootcamp," above, really stood out to me. Such a contrast between a violent lifestyle, and cultivating peacefulness. Many samurai in the old days learned poetry-writing, calligraphy, flower arranging, meditation, etc. I think the thought was that one was supposed to continue to cultivate their inner spirit, regardless what one did for a living outwardly, especially a lifestyle that involved violence in some way.


The painting above is a small detail from a larger painting on a pair of six-panel folding screens depicting scenes from The Battles of Hogen and Heiji. The panels were created sometime during Japan's Edo period (1615–1868). The detail shows a samurai man writing poetry. On the (New York) Metropolitan Museum of Art's website, the caption below the painting says, "In contrast to their profession as fierce warriors, samurai wrote poetry and practiced calligraphy (the art of beautiful handwriting) [shodō in Japanese --K] and ikebana (flower arranging)."

So, a warrior was not supposed to be "attached" to that violent aspect, all angry and whatnot. The most well-trained ones learned to be unattached emotionally to what they were doing, remaining in a state of calm, benevolent indifference at all times. But the "lower," less-cultivated ones, they were the emotional ones, hot-tempered, yelling at everybody and quick to hurt people. At least, that's my understanding of it all. I wonder if this same traditional view is what is behind the Yakuza studying meditation. Anyway, thanks again for the share, shatteredsouls.


An anime classic. Set in a countryside backdrop, a university professor and his two small daughters try to carry on with life as their mother recuperates in the hospital from an undisclosed (to us), longterm illness. The community around their new home kindly supports them, which includes the help of several magical forest beings like Totoro. The story has a strong environmentalism theme, and in my opinion, a shamanistic/magical undertone as well. 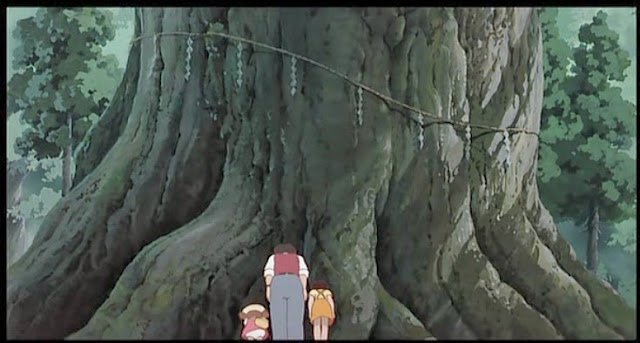 Venerating an old camphor tree. The thingy around the tree trunk is a shimenawa, which demarcates a
location or object considered to be deeply spiritual, divine, "holy." Here's another one on an altar pic
from another post. 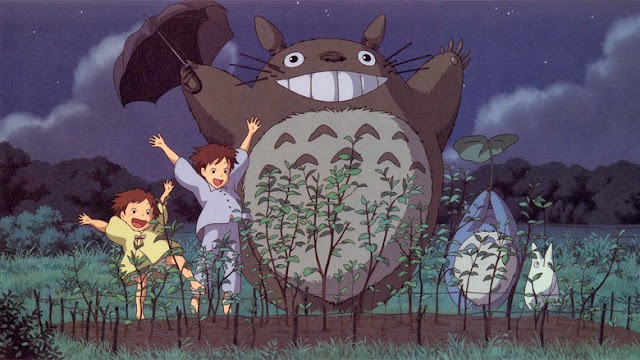 Hayao Miyazaki is well-known for incorporating themes of environmentalism and themes of humanity's relationship with nature into his films. His 1988 film My Neighbor Totoro (Tonari no Totoro) is no exception. Miyazaki is a man who is unafraid of utilizing powerful images and themes. His viewers are often drawn deeply into his stories by the subtle yet rich emotional palette, the complex characterizations of the frequently female protagonists, and the willingness to deal with powerful themes...One of the themes Miyazaki uses most often is the theme of environmentalism and ecology.

...Although Miyazaki is not formally trained in Shintō, he has been quoted as saying that he “like[s] the idea that we…should treasure everything because there is a kind of life to everything,” which reveals his familiarity with and fondness of Shintō’s animistic ideas (Stibbe). Miyazaki once stated that while he wanted Totoro to be first and foremost a “fun and exciting” film, he also “wanted it to be a film where viewers relate Japan’s future environmental and ecological problems to the condition of the society which surrounds them” (Stibbe).

Miyazaki conveys a generally positive view of the environment in several quite subtle ways. Mr. Kusakabe...teaches oceanography at a university...Near the end of the film, Mei misunderstands Granny’s pride in her vegetables – Mei utterly believes that Granny’s produce will cure her mother’s illness. Although the audience understands that Granny was just teasing, the audience also finds itself rooting for Mei to deliver the miracle vegetable to her mother, and surely more than one eyebrow was raised by the girls’ mother’s rapid recovery following the delivery of the corn.

Also, the very medium within which Miyazaki works allows for a virtual explosion of environmental pride. Hand-drawn animation necessitates a relatively basic artistic approach to the elements that move, but the static elements, like the backgrounds, allow for intricate and delicate work (Stibbe)...On the one hand, the contrast between the simple, moving elements and the complex, static elements separates the characters from their surroundings, but on the other hand, it “highlight[s] the realness and beauty of the natural world, without letting nature become overshadowed by the human characters or the appealing, fantastic creatures” (Stibbe).

Citations:
Napier, Susan. “The World of Anime Fandom in America.” Mechademia 1: Emerging Worlds of Anime and Manga. Minneapolis: Minnesota UP. 2006.
Stibbe, Arran. “Zen and the Art of Environmental Educationin the Japanese Animated Film Tonari no Totoro.” Journal for the Study of Religion, Nature & Culture. Dec. 2007.

I also love their vending machines. Here are just a limited few

1.) Ao No Exorcist also called Blue Exorcist
This anime is about a pair of twins whos father is none other then the ruler of the demon realm although Christian in based and revolving around ranking within the priesthood this has to be one of the most emotional evolving animes ive watched and it hooked me from the very beginning which is very hard to do with me.

2.) Fullmetal Alchemist Brotherhood (FMAB) not to be confused with the first one Fullmetal Alchemist (FMA) which although still great did not follow the manga and the story was slightly rushed all together
FMAB is all about alchemy and two brothers finding out the hard way that you do not mess with creation, this anime leads you on a journey lead by a brother and his fight to find a way to make everything right again. It is very emotional involving yet filled with major action and altogether perfect story telling and great interpretations of alchemy, the earth and spirit and just plain old family bonds.

3.) Tokyo Ravens
The story is about a guy called Harutora ( a guy without any magical talents, but later gets some) and Natsume ( a so called prodigy in magical talents), who are facing different situations in the Omnyo School. Its a comedy slash slice of life anime set in a world where magic is real. To put it simply it just keep me laughing and was a good anime to just sit and watch in-between anime beige sessions.

4.) InuYasha
This one is a great anime about a girl who falls into a well and ends up back in feudal japan when priest actually fought demons and when when demons were considered both good and bad in some respects.
Top

Interesting, thanks! Oni have always played a big part in Japan's consciousness and worldview, as reflected in its arts, literature and even childrens' entertainment.

Kassandra, I like the idea about warriors were not supposed to be "attached" to violent aspect and meditation for Yakuza is for learning to control their emotions. Samurai strikes me as those calm, righteous and graceful people though. Yakuza feels more hot-tempered and angry. Maybe it's all the movies and dramas influence. I'm sure there are yakuza who's calm and samurai who's hot-tempered. It's something interesting I have not thought of.

Storyline: Rikuo Nura, is 3 parts human and a quarter Demon, lives in a house of spirits with his grandfather, The current clan head of the Nura youkai. Rikou is set to be the next clan head, despite the fact he dislikes his demon side. He soon come to terms with his demon blood and decides to take his position as young master of the Nura house. However there are those who will certainly not allow it to be easy.

This is off-track but after watching this anime, I want to try staying in a traditional Japanese house that has cherry blossoms in the backyard!

I watch lot of foreign language movies and this one Japanese movie that stood out is "Nobody knows". It was heartbreaking view of life in Tokyo... the seclusion in the concrete jungle. I would love to go to Japan someday!
Top
Post Reply
24 posts

Return to “For Everyone”