I have been able to see the growing closeness in Saturn and Jupiter which, according to research, will culminate in a Great Conjuncture on Dec. 21, 2020. I know little of astrology (only bare basics), but I was wondering what this all might mean. I feel something brewing and change coming (for the better it feels like). What does the prominence of these two planets in the sky mean for us? 3 of the 4 of us in my family (the ones who live together all the time) are Sagittarius, with my daughter being the 4th and born May 9 (I don't remember her sign). Thoughts on this change and progression? The attached photo is Saturn, Jupiter, and the moon taken from my balcony in Indiana. 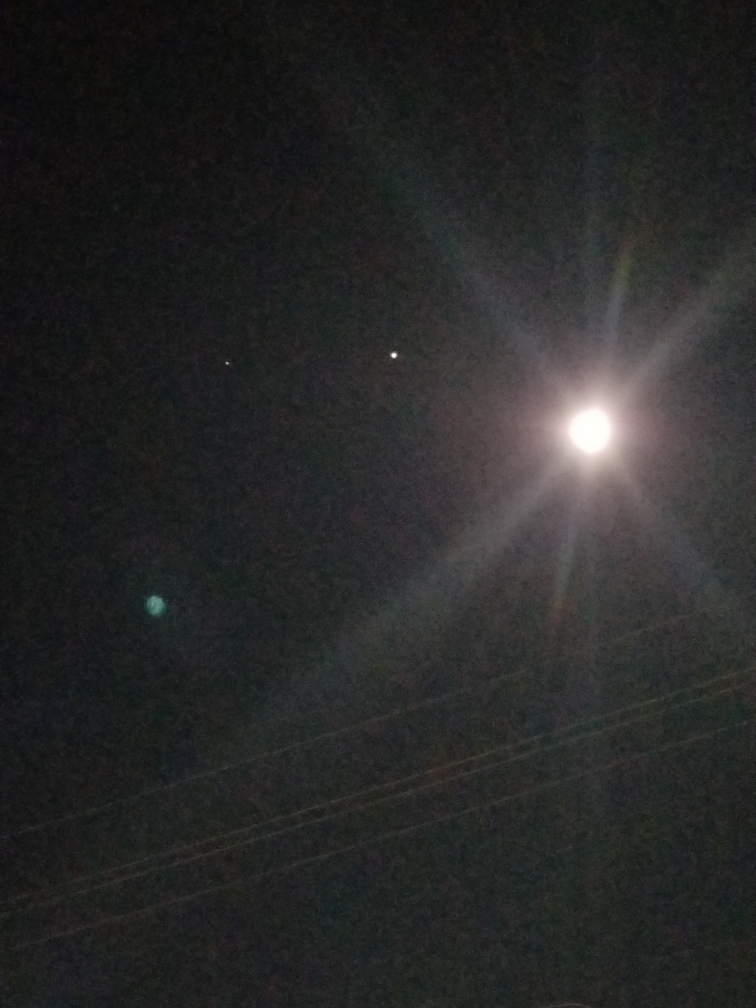 May the Gods be with you, and the hand of Fate be a gentle touch to guide you.
Top

Re: Saturn and Jupiter

Jupiter brings expansion and Saturn limitations, occult lore had it that if you somehow make these two cooperate (have trine aspect in zodiac or do suitable meditation) it would be a path to prosperity. Such thing is actually by definition more of a common sense than occult lore.

Conjunction however is not a harmonious aspect in itself.
It might be a renewal thing since it happens on Yule and in new sign (Aquarius) that they will have entered.
So it might be a thing on societal scale, with us observing it, might get us prepared to the age of Pluto entering the Aquarian sign in 2023-2024 ... to unfold if civilization will evolve or crumble.
In essence a major shift from Capricorn to Aquarius might make people interested in esotericism to such extent that it will become annoying. Well, the core drive would be to render one's mind more elevated. Will be fun to observe.
יהשוה ᚩ ᚷ ᛒ
"toll the Silver iterance" Elizabeth B. Browning
"Perfect till the nightingales applauded." Robert Browning
אהיה אשר אהיה
Top

Re: Saturn and Jupiter

I think the accumulation in Capricorn is quite optimistic or harmoniously nestled for a blessing.

Just the square of Mars which will endure until about half January if we take 7 degree orbit for Mars - Pluto makes it tough
https://www.astro.com/swisseph/ae/2000/ae_2021.pdf
that the inner drive of Mars and personal achievements in its impatience (Aries) will be confronted with challenges to move appropriately in order and structure (Capricorn) in situations orchestrated by higher power (Pluto)
יהשוה ᚩ ᚷ ᛒ
"toll the Silver iterance" Elizabeth B. Browning
"Perfect till the nightingales applauded." Robert Browning
אהיה אשר אהיה
Top
Post Reply
3 posts • Page 1 of 1

Return to “Astrology and Zodiac”