by Arwena23
I noticed that there are a lot of love spells listed and I was wondering if anyone else feels that some love spells are imposing on a persons free will.

RE: love spells and free will

by Helvetica
You're right, especially spells that are supposed to make a certain person fall in love with you go against free will.
The good ones (in my opinion) are the more general ones that ask for a new love, a good relationship, more attractiveness or an open mind for yourself and so on. They don't mess with ethics or free will and, honestly:if you have to force someone to love you, what's it worth?
Hope this was enough info.

by -Dark-Moon-
I think that the moral debates that go on in the pagan community about love spells being bad are not well rounded.

Every situation is different. Magic just stacks the deck in your favour, and helps clear the way of all the little obstacles (bad luck, etc) that might go against you forming a connection and developing it. The rest is up to the two of you and even nature to some extent.

The thing people neglect to mention is that some guys are really happy to be caught ! My partner says he doesn't care if I ever did cast a love spell on him, as he is so happy and he feels his life has improved over the years we have shared. Who knows maybe he cast on me? Either way we are happy as clams. Nobody ever tells you this though.

There are degrees of 'commanding and compelling' and I certainly wouldn't use magic of this degree in a love spell because I feel the energy is incompatible with love energy and the end product of this combination is not what you want. Successful spell work involves helping along or giving an energetic push to something that is already happening to a minor degree - you want to magnify or accelerate this already existing process. In the case of baneful magic, a good example of this might be curses that operate by hastening someone's pre-existing self destructive paths... Therefore the LHP magician operates via the weakest point. But in the case of love spells the goal is really to magnify existing chemistry. Magically it is difficult to change the direction of energy, hence making someone love you who doesn't is impossible. That's why LHP magicians focus on sex so much, because its easier to inspire the libido than to turn the human heart.

by Xiao Rong
I'd like to respectfully disagree, Dark Moon. Supposing that love spells can compel others' free will*, I think we should treat them as critically as we would the use of date rape drugs or other substances that can impair one's decision-making ability.

Consider: Person A is interested in Person B, and slips them a substance to lower Person B's inhibitions in order to make things go a little smoother. At the end of the night, they hook up. Maybe Person B was also interested in Person A, and they would have gotten together without the help of the substance. Great! But maybe Person B would still be upset that they had been slipped a substance without their knowledge. What if Person B wouldn't have been interested at all, but only did so under the influence of said substance? That would constitute rape. What if it wasn't a substance, but a love spell?

In general, I would err on the side of caution by not making assumptions about others' level of consent, and abstain from love spells.

* I would like to qualify this by saying that I am still agnostic about the efficacy of magic in general. I fully believe in the potential of, say, love spells that can open your heart to love, or make you more attractive; I am less sure of spells that can actually bend people's free will, and even if they did work I don't know that you would ever know for sure that they had their intended effect. That said, I would still not perform such a spell, because of the possibility that the spell would succeed.

by Arwena23
The debate was very helpful! I too feel that love spells do generally interfere with a persons free will, but moon does have a point in saying that the very loose based, non specific spells seem to be innocent. "to summon love" to me seems to open your own self up to love.

by Xiao Rong
I really liked this article (http://worksofliterata.org/2013/01/06/e ... ve-spells/) on what makes for an ethical love spell. In the "summon love to me" example, Literata talks about how it might be better modified as "I asked the universe to bring me MY love, the life-altering love I was supposed to find, rather than identifying anyone in particular". 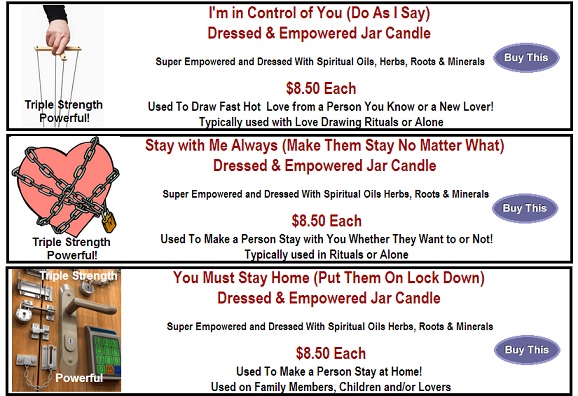 That first one reminds me of a voodoo zombie spell! (not that I condone such things)